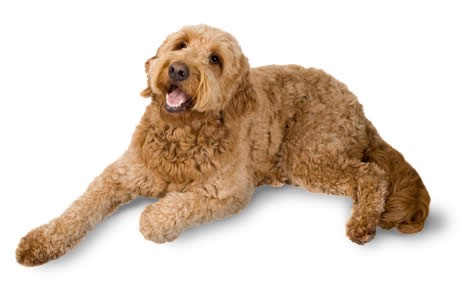 There isn’t an exact date or time when Golden Retrievers and Poodles were first bred, but they were first marketed by breeders in the early 1990s. It is thought that the success of the Labradoodle and Cockapoo brought about the idea of the Goldendoodle breed.

With the temperament of a Golden Retriever and the light shedding of a Poodle, the Goldendoodle immediately became a hit across America. By the request of pet owners, breeders have developed four sizes of Goldendoodle breed: petite, mini, medium, and standard. Also due to popular demand, breeders have created a wide variety of coat colors, including caramel, chocolate, cream, and red.

Goldendoodles are gentle and affectionate dogs with an easy-going temperament. They are extremely intelligent, and according to the Goldendoodle Association of North America, they score in the top 4 of the 150 smartest breeds. They have an extremely social personality and love to be with their fur parents.

If you are looking for a watchdog, a Goldendoodle isn’t for you. They tend to get along with everyone and usually don’t bark at people they don’t recognize. The loving and social Goldendoodle personality makes them great family pets, as they get along with kids and other pets. Keep in mind, because a Goldendoodle is a mix of two different dogs, sometimes you will get more of a Poodle’s personality, and sometimes you will get more of a Golden Retriever’s personality. Their temperament is not entirely predictable.

Exercise Requirements for a Goldendoodle

Goldendoodles require 20-30 minutes of exercise each day to prevent them from getting bored and keep them in good health. If possible, take your Goldendoodle swimming. Both Golden Retrievers and Poodles are water dogs, making the Goldendoodle a swimming fanatic. It is recommended that you do not adopt a Goldendoodle if you live in an apartment because Goldendoodles need plenty of room to roam around and play.

Despite their large size, a Goldendoodle lifespan ranges anywhere from 10 to 15 years.

Popularity of a Goldendoodle

The popularity of the Goldendoodle keeps growing! Their light shedding makes them perfect for those with allergies, and their playful, gentle personality makes them a great pet.

Feeding Recommendations for the Goldendoodle

Goldendoodles require 1-4 cups of dry food each day, split into separate meals. How much food they require is dependent on their build, metabolism, activity level, and age.

How to Groom a Goldendoodle

Goldendoodles require sufficient brushing once a week. Owners who don’t want to deal with this upkeep often get their dog’s hair trimmed by a professional. Only bathe your Goldendoodle when it is necessary, like after a muddy hike, as he can lose essential oils that are necessary for a healthy, wavy coat.

Also check your Goldendoodle’s nails once every month to make sure they aren’t too long. Due to how frequently they exercise, Goldendoodles’ nails often get filed down on their own. For optimal Goldendoodle health, their ears should be checked once a week for redness or a bad odor, which are signs of an ear infection. Clean their ears with a cotton ball and an ear cleaning fluid, making sure to only wipe the outer ear. Do not insert anything into your Goldendoodle’s ear canal as this can inflict pain or damage.

Are Goldendoodles Good With Kids?

Goldendoodles make great family pets. Their patience and unconditional love are Goldendoodle characteristics that bring happiness to kids and adults alike. They are highly social and thrive on human interaction. 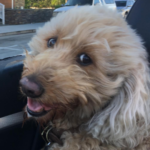 Canna-Pet has helped tremendously! She can even climb the stairs again – at least when she wants to! She certainly has gotten used to the royal treatment of being carried. Hunter now wants to play ball and go for long walks and he has not had a seizure in nearly three weeks. 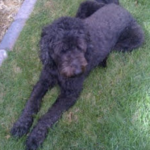 After two biscuits, she just laid in her bed and casually observed the commotion. I told her about Canna-Pet and she said she has heard many great things. So thank you Canna-Pet!