Home Blog General Side Effects of Carprofen for Dogs Carprofen is a non-narcotic, non-steroidal anti-inflammatory (NSAID) prescription medicine that helps relieve pain and inflammation in dogs. It is often used for dogs with symptoms of arthritis or to control pain following a surgery. It is in the propionic acid class along with ibuprofen, naproxen, and ketoprofen. Pfizer originally produced it to be used in human medicine, it was on the market for human use from 1985 to 1995. Carprofen was voluntarily pulled from the market for human use by Pfizer on commercial grounds. A few of the side effects that carprofen may cause for dogs are lack of appetite, jaundice, and hematuria.

Carprofen is prescribed from Veterinarians for two main reasons:

Carprofen does not cure arthritis, it is used to alleviate or reduce the discomfort and signs of pain associated with arthritis. This medicine works for dogs by treating inflammation, lowering fever, and reducing pain, it is similar to an ibuprofen for dogs.

How is Carprofen Administered to Dogs? 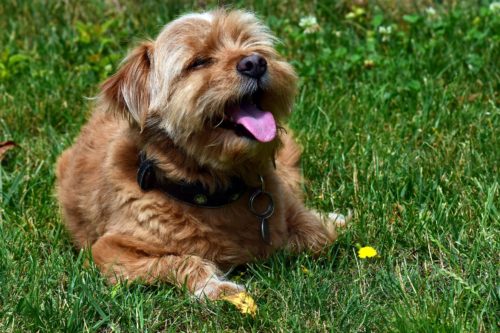 Carprofen for dogs must be prescribed by a veterinarian. It is available in 25 mg, 75 mg, and 100 mg flavored tablets or chewables that are administered orally, preferably with food. Administering Carprofen to dogs with food can help reduce the likelihood of the dog getting an upset stomach. The recommended dose is 2 mgs per pound of body weight once a day or 1 mg per pound of body weight given twice a day.

Therefore, if your dog weighs 25 pounds then the recommended dose would be 50 mgs once a day or 25 mgs twice a day. The veterinarian will decide if the medication should be given once a day or if the dose should be split and given twice a day.  If prescribed for managing postoperative pain, it should be given approximately 2 hours before the operation. Consult your veterinarian if you observe any adverse or potentially harmful reactions. In this case Carprofen may not be the right medication for your dog.

How Does Carprofen Work?

The mechanism of action of Carprofen is not completely understood, it is suspected to be associated with the inhibition of cyclooxygenase activity, similar to how other NSAIDs function.  Cyclooxygenase (COX) enzymes catalyze the conversion of arachidonate to prostaglandin H2, which is a precursor for many important biological molecules, particularly prostaglandins. Prostaglandins play a large role in modulating inflammatory responses. Drugs that act as inhibitors of COX activity are said to be NSAIDs.

Some NSAIDs are selective in which COX enzyme they interact with. There are two distinct cyclooxygenases: COX-1 and COX-2. The COX-1 enzyme synthesizes prostaglandins necessary for normal gastrointestinal and renal function. The inhibition of COX-1 enzymes is suspected to be associated with gastrointestinal and renal toxicity. The COX-2 enzyme synthesizes prostaglandins involved in inflammation. The inhibition of COX-2 enzymes provide anti-inflammatory activity.

Although, an in vitro study (tested outside of the organism ie: in a dish or test tube) has shown that Carprofen has specificity for COX-2 in canines, the specificity may vary from species to species. There have been no clinical or in vivo studies (tested within an organism) done that prove Carprofen has selective specificity to COX-2.

Side Effects of Carprofen in Dogs 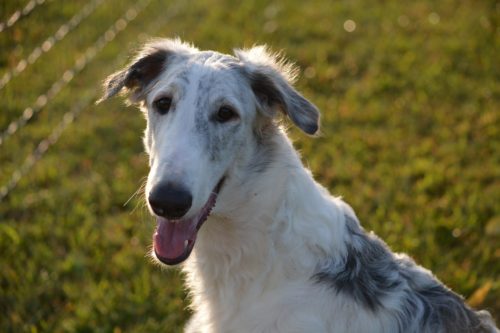 No clinically significant adverse reactions were reported during the investigational studies of osteoarthritis or surgical pain nor during the clinical field studies of osteoarthritis. Each of these studies administered Carprofen daily at 2 mg per pound of body weight. All adverse reactions listed below were reported after the FDA approved Carprofen. Since it is still not fully understood how NSAIDs like Carprofen work, the drug may affect a multitude of signaling pathways and cellular mechanisms that we are not aware of.

Most of the time, dogs will only have mild side effects, if any. The most common side effects of Carprofen for dogs include upset stomach, diarrhea, and ulcers. It’s important to look at all the symptoms to determine what part of your dog is being affected by the medication.

Gastrointestinal Effects of Carprofen for Dogs

These are side effects that have to do with issues involving the stomach and small intestines. Gastrointestinal effects are most likely due to the drug cross-inhibiting the COX-1 enzyme, which synthesizes prostaglandins necessary for normal gastrointestinal and renal function. Although Carprofen has specificity for COX-2, the two enzymes are almost identical and cross-reaction can occur. The majority of these side effects subsided once treatment was discontinued.

These side effects occur from issues related to the liver and its function. Liver damage from Carprofen is seen in about 0.02% of dogs. Labrador Retrievers account for approximately one-fourth of all adverse hepatic reactions. You may be able to catch early signs of liver damage by getting blood tests regularly to check for elevated liver enzymes.

Urinary Effects Of Carprofen For Dogs

Adverse reactions that lead to urinary issues are most likely due to issues affecting the kidneys since those are part the urinary tract system.

Involve any effects on the nervous system, including the spine and brain. Catching these symptoms involves closely monitoring your dog while they are taking Carprofen. It’s unknown why adverse neurological reactions may occur, but there have been a few reports of it happening.

Behavioral Effects of Carprofen For Dogs

Disorders and diseases that affect the blood.

Dermatologic Effects of Carprofen For Dogs

This affects a dog’s skin, nails, and hair.

These are signs that your dog may be allergic or sensitive to Carprofen. If these symptoms occur, consult your veterinarian immediately about future actions.

There are rare situations in which death has been associated with the adverse reactions.

Reported Issues and Lawsuits with Carprofen For Dogs 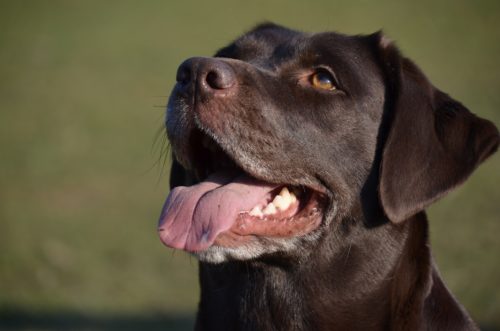 On June 5th, 2009 Sophie, a golden retriever with an injured knee, went to an Aspen Meadow Veterinary Specialist to have knee surgery. The surgery occurred without any complications. Unfortunately Sophie died late July 2009 after taking Rimadyl, the Pfizer brand name of Carprofen, to recover.

Chris Cooper, one of Sophie’s owners, was directed by their veterinarian to administer Rimadyl twice a day to Sophie. After about a week, Sophie stopped eating and began vomiting.  Cooper was directed to stop giving Rimadyl to Sophie, but it was too late by this point since she possibly had Rimadyl toxicity. Sophie was brought back to Aspen Meadow to be hospitalized for liver failure caused by Rimadyl toxicity.  After 13 days of supportive therapy and treatment, Sophie returned home but continued to vomit and have inappetance. She was rehospitalized and underwent biopsy surgery, but unfortunately on July 26th 2009 Sophie passed.

In 2011, Christopher Cooper and Shelley Smith filed a lawsuit against Pfizer and won, the settlement terms are not disclosed. They didn’t sue for monetary gain, but to raise awareness of the dangers of using Rimadyl. They have created brochures to distribute to organizations and people about Rimadyl to prevent the same thing happening to someone else’s dog.

Montana, a 6 year old husky, was prescribed Rimadyl to treat his stiff legs. Rimadyl worked for Montana at first, but then his owner Angela Giglio noticed that he began losing his appetite. Shortly after inappetance, Montana developed ataxia and vestibular signs indicating neurological issues. Eventually, he couldn’t walk at all and had to be put down.  Montana’s autopsy showed that his liver had been damaged due to adverse reactions to a drug. Angela Giglio reported this to Pfizer and the FDA whom tried to pay her off with a measly $440 to not say anything about the possibility that Rimadyl caused Montana’s paralysis.

Due to the side effects of prescription medicines, many pet owners decide to use natural dog pain relief solutions as an alternative. Learn more about Canna-Pet today!