Simply reading the words “kitten seizures” is almost enough to induce a seizure for any animal-lover. Tiny, roly-poly kittens suddenly violently shaking and convulsing? It seems unthinkable – but it’s more common than you think.

Like their canine counterparts, many cats are predisposed to congenital epilepsy. But other factors can cause seizures in kittens as well. Kitten seizures can be very difficult to deal with on an emotional level. Here’s what you need to know.

Feline Epilepsy: Epilepsy is the most common cause of seizures in kittens. A neurological condition passed down genetically, epileptic seizures are rarely a one-time affair. Seizures can happen at any moment, and are often recurring – sometimes closely after the initial seizure, and sometimes months later. Feline epilepsy is a lifelong condition, but can be effectively managed with the right approach. Acute poisoning: Kittens are curious creatures, and tend to investigate by way of mouth –  sometimes to their own peril. Toxic substances can damage the brain, which leads directly to seizures. Toxic plants are a common cause of kitten seizures, so it’s wise to do some research on the plants in your home before letting your kitten loose. Nutritional issues: Since kittens are not fully developed, nutrition is key. Kittens who are not receiving the necessary nutrition for development may be more at risk for seizures. 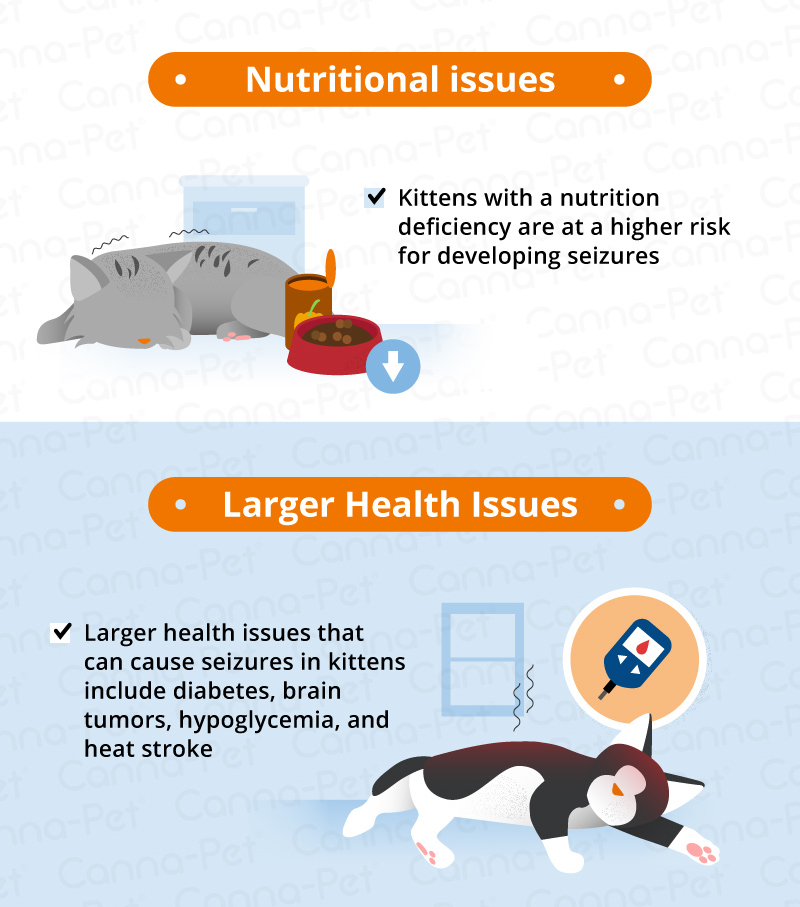 Most people can spot a seizure in kittens when they happen. The kitten will lose control of his body and shake uncontrollably, sometimes foaming at the mouth. It’s a scary sight. But if you look closely, you can recognize the various stages of seizures, and hopefully gain some insight into your kitten’s condition.

Pre-seizure: Prior to a seizure (called the aura phase) your kitten may seem restless. He may pace around, meow loudly, seek attention, or even hide. Seizures generally happen within minutes of the aura phase.

Ictus: The seizure itself is called the “ictus.” Vomiting, collapsing, running in circles, and uncoordinated muscle activity are present during this stage. Seizures in kittens generally last 5 minutes or less, though it can seem like a lifetime.

Post-seizure: After a seizure, your kitten will show signs of disorientation, incoordination and may even experience temporary blindness. Since your kitten will have no concept of what happened during the seizure, he will often look to you for comfort.

You won’t be able to stop a seizure while its happening. Nor will you be able to “comfort” your kitten during a seizure, as they have zero awareness of the world around them. You simply must let the seizure run its course. There are however, things you can do to help. Make sure your kitten has space to move around, and is not near any sharp objects, and remove other animals from the room, who may become agitated when they see your kitten in seizure.

Unfortunately, most seizures are not “curable” – but with proper treatment and management, you can reduce the frequency and severity. Generally, ongoing kitten seizures are treated with oral pharmaceuticals prescribed by your veterinarian. The most common ones are phenobarbital and potassium bromide (KBr), either used singly or in combination with each other. But there are other natural remedies available as well.

The best thing you can do is pay attention to what happens during your kitten’s seizures so you can relay the event to your vet for care. Keep an eye on how long the seizure lasts, and whether a second seizure took place.

And remember – most seizures are not serious, and happen from time to time. Monitor your kitten for signs and symptoms, and seek attention from a vet when you sense there may be an ongoing issue. 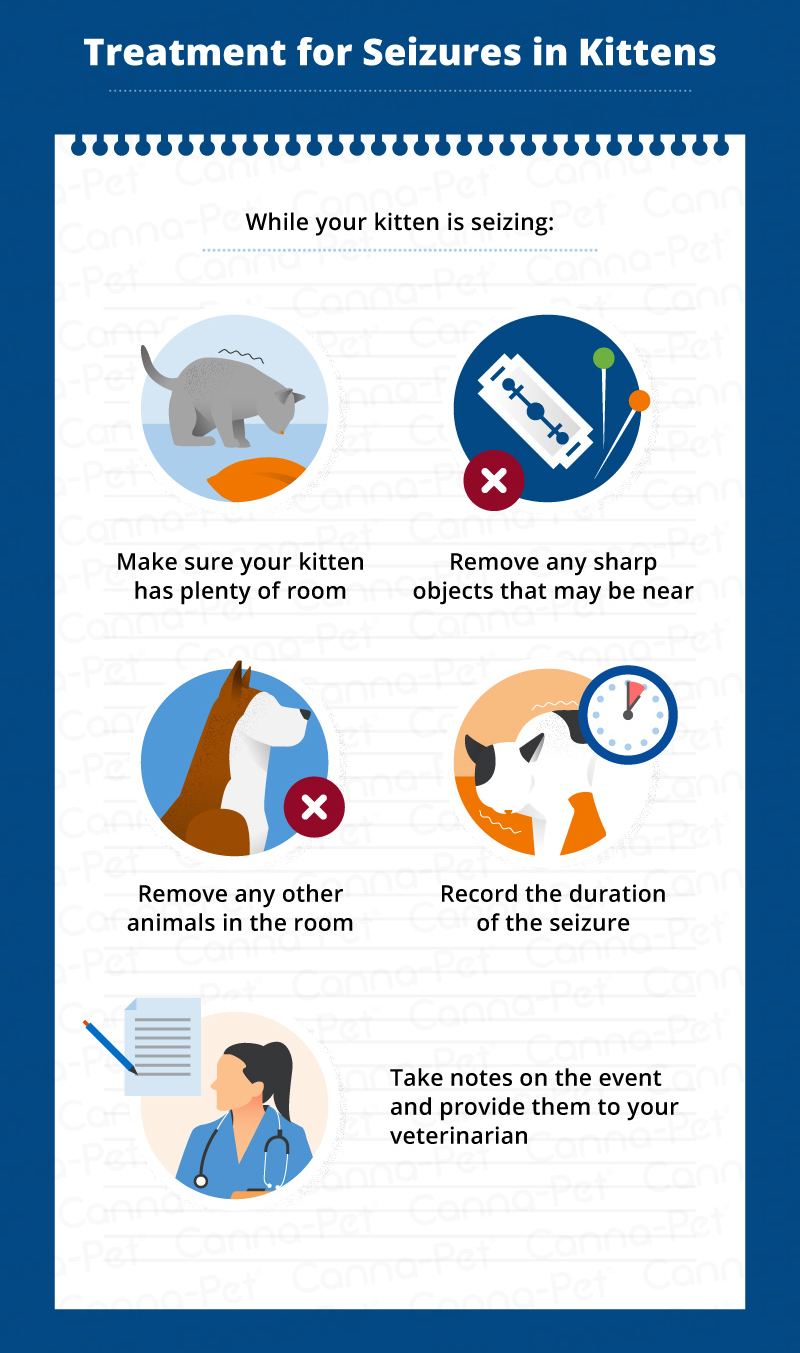