Home Blog Pet Health Does Neutering Your Dog Calm Them Down?

There are many reasons why a pet owner may choose to neuter their dog. Unfortunately, it’s a sad reality that there is an overpopulation of pets in the world, and many of them are being euthanized as a result.

Because of this reality, responsible pet owners find themselves asking whether or not they should neuter their dog, and what, if any, impact it may have on their pet. Fortunately, the answer is yes–neutering your dog can have a positive impact on your dog’s tranquility, behavior, and health.

Only you can make the decision to neuter your dog, but if you have no plans to breed them either now or in the future, it is highly advised that you consider it. This is for a variety of reasons, not the least of which is your dog’s health, well-being, and emotional state.

A dog that has not been neutered can experience frustration if they are not able to mate with a female dog, and this can lead to unnecessary canine aggression and undesirable behavior. In fact, most animals (not just dogs) that owners have no intention of breeding are often neutered as a way to help prevent unwanted sexual behaviors and accidental breeding. It’s also potentially a way to reduce aggressive tendencies in a dog’s behavior, provided those tendencies are related to hormones and not just poor discipline and training.

What Does it Mean to Neuter Your Dog? 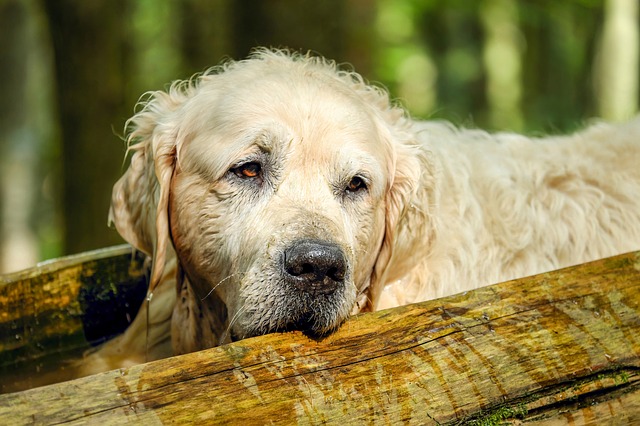 When you neuter a dog, you’re essentially sterilizing the male dog by castrating him and removing their testicals. This procedure is also sometimes called an orchiectomy.

When a dog is neutered, the penis and outside sac that holds the testes is not affected. It is only the testes inside the sack that are removed. Typically, a male dog should be neutered between the ages of eight weeks to six months, but not any earlier. However, an older dog may be neutered after the age of six months, provided the dog is healthy and it is in the animal’s best interests to do so.

All dogs that are in good health with a good recovery prognosis should be fine after being neutered. There are rarely complications in the procedure itself and male dogs actually tend to recover faster from neutering than females do from being spayed.

Keep in mind that it takes approximately two to four weeks for a neutered male dog to be dubbed “sterile.” This means you should make sure you keep your dog away from any females that might be in heat until the four-week window has passed. Otherwise, you could end up with an accidental pregnancy.

What are the Benefits to Neutering Your Dog?

There are a number of reasons pet owners may choose to neuter their dog. One of the primary ones is out of a desire to be a responsible pet owner and not contribute to the population of homeless animals. Sadly, local shelters today are overrun with unwanted, stray pets that have no home or hope of a home.

It would also help create more room for dogs and other animals that need a temporary home due to other reasons that are less preventable. Overpopulation is one problem that could be well on its way to being resolved if enough owners were to take the necessary steps to sterilize their pets.

Another benefit to neutering your dog is that they may experience a reduction in testicular cancer.

Not only that, but dogs that have been neutered could also reduce their risk of non-cancerous prostate disorders, perianal fistulas, and possibly their risk of canine diabetes, too!

In some cases, pet owners may be breeders and choose to neuter their dog to help support the purity of the breed. Every breed of dog has a set of standards that delineated as the “best of the best” in its class.

When owners breed dogs that do not meet or measure up to those standards, that breed can be diluted, and the dog may be weaker and suffer from health conditions related to inbreeding. So, neutering your dog could help to ensure only the best of the best are bred so that future lines experience fewer genetic health issues.

Some dog owners may neuter their pet as a way to modify a dog’s behavior. Male dogs that have not been neutered have a tendency to roam and will pursue a female in heat no matter the cost. Whether that means digging under the fence, leaping over a gate, or escaping out the front door, a dog in pursuit of a female will roam a considerable distance. In the process, they could get injured, hit by a car, or stolen and wind up lost forever.

Another issue with male dogs, in particular, is that they can become stubborn and dominant because of testosterone surges. This makes them less than ideal as pets because they are harder to train and control. Hormones contribute to a dog’s natural instincts, like aggression, dominance, and marking their territory. Not only can neutering your dog help to reduce or even eliminate these behaviors, it makes your dog easier to train and manage and could reduce your dog’s feelings of frustration as well.

What is the Best Age to Neuter a Male Dog?

A dog may be neutered at any age as long as they are at least eight weeks old. Some vets may advise you to wait until your dog hits puberty, which is roughly around six months of age. Older dogs may also be neutered if they are at risk of impregnating a female or are displaying undesirable behaviors that neutering may help control.

If your dog is older, it is important that he is in good health with a good prognosis for recovery. Otherwise neutering him may not be in his best interests. You should always discuss your options with your vet because every dog and their situation will be unique.

How Long Does It Take for Hormones to Leave a Dog After Neutering?

Dogs that have been neutered will not be free of hormonal behavior issues right away. This is because in most cases, it can take anywhere from two to four weeks, and sometimes even as long as six weeks, for all the hormones to leave your dog’s body. So, patience is key in these cases, because you may not see immediate improvement in their behavior.

How Will My Dog Change After Being Neutered?

Keep in mind that your dog will not necessarily change after being neutered. They will still be the same dog, with the same personality and habits that you have come to know and love. What will change is undesirable traits like bull-headedness, aggression, and roaming will be reduced or eliminated.

How Long Do Dogs Take to Recover from Being Neutered?

On average, you should expect it to take about fourteen days for your dog’s incisions to heal after being neutered. A good rule of thumb is to remember how long it takes you as a human to heal from surgery.

Put yourself in your dog’s shoes. If you just had a procedure that removed your testes, you would probably be fairly restricted in your activities and movements. Your dog should be restricted in the same way as much as possible.

How Much Does It Cost to Neuter My Dog?

The cost of neutering your dog can vary depending on where you take them to have it done. If you take them to your vet, pricing can range all the way up to $200 for the surgery. However, there are other options that are more affordable for pet owners through low-cost programs in clinics, such as the Humane Society.

In these cases, you might pay anywhere from $45 to $235 for the surgery. Fees usually go by the weight of the dog. You can find low-cost clinics near you by searching the ASPCA’s free and low-cost spay and neuter database.

What Happens During a Dog Neutering Surgery?

Typically, your dog will be sedated under general anesthesia. A small incision near the front of the scrotum will be made, and your dog’s testicles will be removed. The vet will then tie off the blood supply in the spermatic cord, known as vas deferens.

The procedure for a male dog in good health, depending on their age and size, could take anywhere from five to twenty minutes. Obviously, recovery will take longer, but the procedure itself is relatively quick and simple.

What are Specific Behavior Problems Neutering Your Dog May Address?

Remember that neutering does not change your dog’s habits or personality. Their temperament, training, and whatever “work” they are bred to do isn’t even a factor. These things are all related to genetics and how your dog has been raised and trained.

Neutering only affects behaviors that are associated with male hormones. This means that castrating your dog doesn’t calm them if they are naturally excitable. Nor will your dog become fat and lazy as long as they are properly fed and given an adequate amount of exercise.

Another hormone-driven behavior that castration may help is a male dog’s instinct to mark their territory with urine. Adult male dogs will often lift their leg when going to the bathroom but will not empty their bladder entirely. This is called marking in dogs. They will retain some of their urine to mark territory as they pass, and the desire can be so strong in some dogs that they will also mark their territory inside the house.

Dogs that are neutered will still usually lift their leg when they go, but it reduces their marking behavior, and in some cases even eliminates it. The instinct of aggression is also related to male hormones, so when a dog is neutered that trigger is removed. This doesn’t mean that you can’t still have an aggressive dog that has been neutered, because some dogs are simply aggressive by personality and nature.

However, by neutering such dogs you prevent them from passing on their aggressive personalities to future generations. Keep in mind that if your dog experiences sudden and out-of-character aggressive behavior, neutering them may not be the answer.

Your dog could be reacting to some sort of illness or pain that is bringing out their aggression. If you suspect that there may be some underlying cause for your dog’s behavior, you should see your vet as soon as possible to rule out anything serious.

As you can see, there are many things to consider when making the decision to neuter an animal. Does neutering your dog calm them down? Yes, sometimes. But not always, and usually only when the behavior is related to hormones. But the positives to neutering your dog overwhelmingly outweigh the negatives for most pet owners, so it’s something to consider if you have no breeding plans in your canine’s future.

Tags: does neutering dog calm them down