Originating from Wales, the Sealyham Terrier was named after the estate of Captain John Tucker Edwards, the man who developed these dogs back in the 19th century. Sealyham Terriers, or Sealies for short, served as excellent hunters of foxes, badgers, and other small game throughout their country of origin.

During the early 1900’s, Sealies impressed many locals after starring in the show ring. Within the following years of their initial appearance, Sealyham Terriers became a popular household pet throughout England and even got their own club by 1908. Three years later, the Sealyham Terrier became a recognized breed by both the England and American Kennel Clubs.

Calm, fearless, and alert are the main personality traits of the Sealyham Terrier breed. These pups share many characteristics of other beloved terriers, however, they are known to be more relaxed and level-headed.

Their alertness and skeptic demeanor towards strangers also make them excellent guard dogs for any household. At the end of the day, if you are looking for a friendly yet calm pooch that loves to be around their owners, then the Sealyham Terrier can be the perfect dog for you.

Sealies still have the same signature characteristics like all other Terrier breeds, and that is no exception when it comes to their stubbornness. Although these dogs are intelligent, they tend to have a mind of their own when it comes to training. Most owners will say Sealies are difficult to train, however, it is not impossible.

It is always recommended to start the dog training process as young as possible so they develop good behaviors while they are still a puppy. You should also use short, consistent, and entertaining practices so your Sealy does not become bored.

Although they are not the most active breed in the bunch, they still require daily exercise to stay in optimal health. Sealies do not need a giant yard or hours of exercise to tire them out. Instead, try taking your pup for a quick romp around the park and give him some extra play time while at home.

The average lifespan of a Sealyham Terrier is between 12 to 14 years.

The Sealyham Terrier is one of the most unknown dog  breeds in the Terrier Category. As of right now, Sealies are ranked as the 155th most popular dog by the AKC out of 202 registered breeds.

Sealies should consume between 1 to ½ cups of high-quality food a day, split into two equal meals. Keep in mind that this recommendation may vary depending on the dog’s size, age, weight, activity level, and metabolism. Along with his daily food consumption, make sure to provide your dog with a bowl of fresh water at all times to keep him hydrated.

The thick, double coat of the Sealyham Terrier is slightly time-consuming to maintain. Professionals suggest brushing their coat three times a week in order to prevent mats or tangles from forming.

Aside from their dog coat grooming, make sure to check your dog’s ears, eyes, and nose for any redness, irritation, or infection. Lastly, be sure to brush his teeth at least once a week to prevent bacteria and tartar from building up. This will reduce the likelihood of your pet developing dental disease later on in life.

Are Sealyham Terriers Good With Kids?

Although Sealies are calmer than other breeds, they are still too rambunctious for a tiny toddler. That’s why these dogs work best in a household with older children and should be raised around a different people from a young age.

The Sealyham Terrier is known to be fairly healthy, however, that does not exclude them from all ailments. Possible health problems a Sealy may face include:

Retinal Dysplasia: Retinal Dysplasia is a condition that affects the retina within the eye from the time the dog is born. This causes folds to form on the tissue but usually does not restrict the dog’s vision in normal circumstances.

Chronic Allergies: Allergies in dogs are a common health problem that affects many terriers. The three main types of allergies include allergies based on food, environmental factors, or inhalant allergies. This health problem can be easily cured once it has been properly diagnosed and the type of allergy is known. 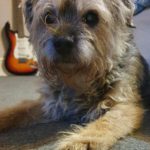 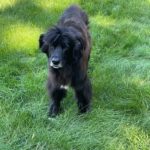