Exotic Shorthair cats are a newer breed, and have already become very popular among the cat loving world. They are also often called Shorthair Persians because they have a flatter face that is similar to the classic Persian, but sport a much shorter coat. They are docile cuddlers that are perfect for both city and country living.

Exotic Shorthairs are a younger breed compared to their cousin, the traditional Persian. They were created in the 1950s when an American cat breeder crossed a Persian with a brown Burmese. She knew that this development might be popular with cat fanciers because they were cute like Persians but easier to groom with shorter hair.

Unlike other cat breeds, such as the American Shorthair, the early Exotic Shorthairs were solely only bred with Persians to maintain the integrity of the line. The breed was granted Championship Status by the Cat Fanciers Association in 1967 and has soared in popularity ever since.

If you put a Persian face on a shorthaired body, you’ll get the Exotic Shorthair, an adorably flat faced breed that is the best of both worlds. Traditional Persians have long, thick coats that require daily grooming, but the Exotic Shorthair has a dense, plush coat that is short like a teddy bear. In fact, this breed is even considered a non-shedding breed.

Exotic Shorthairs are medium sized, meaning that males can get up to 15 pounds. They are squat little cats, though, remaining fairly short with little legs. Like a traditional Persian, Exotic Shorthairs have a round, muscular physique and are more compact than other breeds. They also have a big head. One of the most loveable characteristics of Exotic Shorthairs is their kitten-like expression with large, round, widely-set eyes, small ears, a short nose, and a large, round head.

These cute kitties come in almost any color or pattern and the most common are color points, white, striped, and calico.

Exotic shorthairs are sweet, good-natured, and professional nappers. They tend to be sleepy, and while they love a good play, they are more likely to be found curled up on your pillow or napping on the couch.

Polycystic Kidney Disease (PKD) is the most common kidney disease found in cats and Exotic Shorthair cats, along with some other purebred breeds, are at risk. PKD is a genetic disease, and reputable breeders should test their mating pairs for this gene. It is always recommended to get an Exotic Shorthair kitten from a trustworthy breeder that can guarantee, through an ultrasound, that their line is PKD-negative. Symptoms of PKD in kitties include:

Unfortunately, there isn’t much an Exotic Shorthair owner can do to prevent the above symptoms because of the cat’s genetic disposition. But, you can make sure you don’t push your kitty to exercise too much, always provide fresh drinking water, and monitor his airway to prevent emergencies.

Due to excessive breeding, flat-faced Exotic Shorthairs often have eye leakage because of their short noses. Luckily, most eye leakage is harmless and just a cosmetic concern. But, if not treated properly this increase in eye drainage can cause infections and other eye issues. Regular eye exams are key for this short-faced breed. As beautiful as those big, round eyes are, they can create a risk for some cats.

Another health concern for Exotic Shorthair owners is temperature management. Because these kitties can’t breathe as well as others, they can often get too hot after playing or during the warm summer months. Make sure to provide your cat with plenty of fresh water and monitor his behavior. Turn up the AC if you notice your Exotic Shorthair seeking out cold surfaces like tile or hardwood floors.

While Exotic Shorthairs are similar to Persians in many ways, one big difference is their coat. Unlike traditional Persians, they have a short coat that requires a lot less maintenance. This makes the Exotic Shorthair a great choice for cat owners that love the docile personality but don’t have time to keep up with regular grooming. This short-haired breed only requires the standard weekly brushing, nail trimmings, and other regular cat grooming maintenance.

Are Exotic Shorthairs Good with Kids? 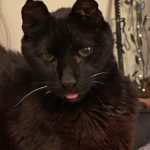 She has been using canna pet cat capsules for a few years now and it really helps her. We give her half a capsule a day which is perfect for her size. She is a happy canna kitty living in NYC ! I have given Daisey, who is 18 this month, canna-pet for a month, and she seems to be doing so much better. She’s has tremors, which don’t seem as often, plus is eating better. I have recommended this product to so many pet owners. In September of 2018, Lucky, then 14 years old, was diagnosed with cancer of the colon.  We were told that if we didn’t put Lucky on chemotherapy, he probably only had a month to live.  I found that Canna-Pet had received excellent reviews from customers and started Lucky on the advanced small capsules and turkey or chicken baby food.  It is now April of 2021 and Lucky is doing well! My vet recommended Canna-Pet to help with any pain he might be having.  So far he is still with us and he eats well and shows no signs of discomfort. She was hurting; diagnosed with arthritis in her hip and could barely walk.  I’ve been giving her ½ of a large capsule in a little bit of canned food daily for several months now. Almost immediately, we noticed an improvement.