As a living being with complex body functions, it is common to overlook just how essential one organ is to your cat’s life—that is, until something goes wrong. Liver failure in cats is one of those conditions which can occur without any obvious signs from the start. Unfortunately, this can lead to life-threatening symptoms which go undetected until it’s too late.

What is Liver Failure in Cats? Acute liver failure, also known as hepatic failure, occurs when the liver of a cat suddenly loses 75 percent or more of its function. A response to severe death of tissue, acute liver failure differs from chronic liver failure in that it is not caused by a hepatic disease or related condition, both of which cause a much slower loss of function.

The liver is an essential organ, leading the charge for over 10,000 life-sustaining tasks. Therefore, failure of the liver can also impact other organ systems, putting the cat at severe risk.

What Causes Liver Failure in Cats?

There are several causes behind liver failure in cats, including:

Determining the cause of the failure is essential to stop further damage, or death, in the tissue.

What are the Signs and Symptoms of Liver Failure in Cats?

Because the liver is such an important organ in everyday functions, acute liver failure impacts other organ systems aside from the liver and gallbladder. Systems affected include the gastrointestinal tract; renal system; the nervous system, and also, the blood.

Due to its widespread effects, symptoms can manifest throughout the body. The first telltale signs are anorexia, or loss of appetite, and jaundice. Jaundice is the yellowing of the mucous membranes, eyes, and inner ears.

If you notice any or all of these symptoms, set up an appointment with your veterinarian. The sooner he can diagnose acute liver failure, the better chance you have at improving your cat’s health.

How are Cats With Liver Failure Diagnosed? 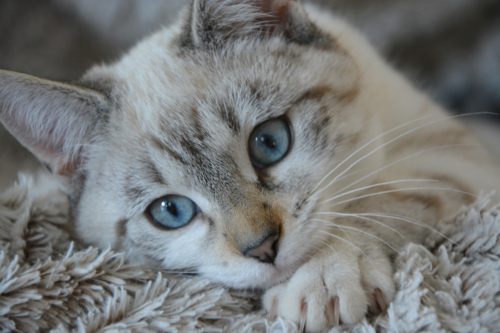 In order to properly diagnose your cat, your vet will want to know the occurring symptoms, as well as the cat’s complete health history. The veterinarian will then perform any or all of the following tests:

What is the Treatment for Cats With Liver Failure?

Depending on the cause behind the failure, the veterinarian will prescribe one or a combination of treatments. The following are the most common treatments of liver failure in cats:

As the loving caretaker, it is recommended that you follow the prescribed diet and medication plan for thorough healing. Although acute liver failure is a serious condition, the prognosis is positive if diagnosed and treated within a few days of its onset.