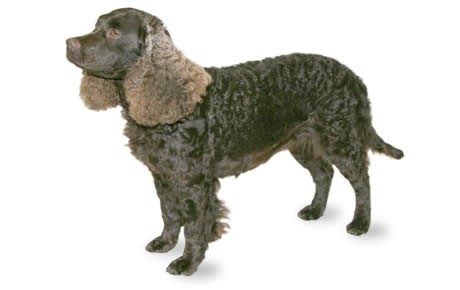 American Water Spaniels love nothing more than to please their owners, making training your dog a relatively painless and straightforward process. They are intelligent and quick learners that retain commands over time. This breed should be trained and socialized from a young age, as they can develop protective tendencies towards their family members.

American Water Spaniels are an active breed that needs a daily opportunity to burn off excess energy. If you are regularly using your Spaniel to hunt, expect to bring him on a long walk or jog daily, along with a play session. This will help avoid any undesirable behavior.

American Water Spaniel’s are a healthy breed that lives between 10-14 years.

The American Water Spaniel is currently the AKC’s 156th most popular breed. The vast majority of these dogs still reside in or around the Great Lakes and tend to be active hunting dogs.

American Water Spaniels should be fed a high-quality diet that consists of a good balance of proteins and fats, and does not contain any grain fillers. This is a high-energy breed, so some specific dogs may require more food than others. The average American Water Spaniel will require around 2 to 2 ¾ cups of dry food a day, split into two meals.

Expect to brush your American Water Spaniel at least once a week. Keep his ears clear of any debris with regular cleanings, as your pup can develop canine ear infections. When grooming your dog, make sure to regularly check his eyes for any signs of infection or irregular appearance. You may consider having your American Water Spaniel professionally groomed as well, in order to keep his coat short.

American Water Spaniels are widely regarded as a friendly, gentle family dog that does well with children. Although, as with any breed, play with very young children should be supervised.

MVD is a congenital condition that affects the heart. This condition is characterized by a malfunctioning valve (the mitral valve) that separates the upper and lower chambers on the left side of the heart. The malfunctioning valve causes blood to leak backward in the heart, resulting in a distinctive canine heart murmur. MVD is a hereditary disease, so be sure to check with your breeder to determine if it has ever appeared in your pups line.

PRA is a degenerative disease that affects the photoreceptor cells in the retina of the eye. These photoreceptor cells, responsible for the ability to receive and perceive light, begin to deteriorate. Over time, this deterioration leads to partial canine blindness and eventually full loss of vision. In general, the first sign that a dog is suffering from PRA is a decreased ability to distinguish objects in low light, such as at dawn or dusk. This is a hereditary condition, so be sure to discuss with your breeder whether any history of PRA has existed in the line of your dog.

Hip dysplasia in dogs is a condition that commonly affects a number of breeds. Although predominantly found in large dog breeds, medium-sized dogs such as the American Water Spaniel can also suffer from this. Hip dysplasia is caused by an irregular fit between the femur and pelvis. This irregular fit causes the cartilage that pads these two bones to wear unevenly, resulting in progressive canine lameness, arthritis, and bone spurs.