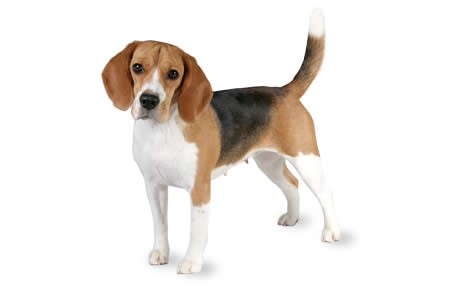 See our Breed Guide for more specifics on your pet.

Addison’s Disease: Also known as hypoadrenocorticism, this extremely serious condition is caused by an insufficient production of adrenal hormones by the adrenal gland. Most dogs with Addison’s disease vomit, have a poor appetite, and lethargy. Because these signs are vague and can be mistaken for other conditions, it’s easy to miss this disease as a diagnosis until it reaches more advanced stages. More severe signs occur when a dog is stressed or when potassium levels get high enough to interfere with heart function, causing severe shock and death. If Addison’s is suspected, your vet may perform a series of tests to confirm the diagnosis. Breeds prone to this ailment: Bouvier des Flandres, Great Pyrenees, Keeshond, Miniature Poodle, Newfoundland, Pointer, Poodle, Schnoodle, Soft Coated Wheaten Terrier.

Asthma: Asthma is basically a term for difficulty breathing (called “dyspnea”). It usually includes wheezing and shortness of breath due to spasms and constriction of the large upper airways (the trachea and bronchi). Dogs, like people, can develop asthma, although in dogs the disorder typically is referred to as allergic bronchitis. In dogs, this condition is almost always caused by an allergic reaction to something in the environment, which in turn causes an inflammatory response in the upper airways. Most of the time, the allergen is something that the dog inhales. Long-standing allergic bronchitis can damage the tissues lining the respiratory tract, causing the more permanent changes associated with chronic bronchitis.

Cheyletiella Dermatitis (Walking Dandruff): This is a skin condition that is caused by a small mite. If you see heavy dandruff, especially down the middle of the back, contact your vet. The mites that cause this condition are contagious, which means all pets in the household need to treated.

Collie Eye Anomaly: Collie eye anomaly (CEA) is a congenital, inherited, bilateral eyedisease of dogs, which affects the retina, choroid, and sclera. It can be a mild disease or cause blindness. CEA is caused by a simple autosomal recessive gene defect. There is no treatment.

Cushings Disease (Hyperadrenocorticism): This condition occurs when the body produces too much cortisol. It can be due to an imbalance of the pituitary or adrenal gland, or it can occur when a dog has too much cortisol resulting from other conditions. Common signs are excessive drinking and urination. If your Poodle exhibits these two symptoms, take it to the veterinarian. There are treatments to help with this disease, including surgery and medication.

Demodectic Mange: Also called demodicosis, all dogs carry a little passenger called a demodex mite. The mother dog passes this mite to her pups in their first few days of life. The mite can’t be passed to humans or other dogs; only the mother passes mites to her pups. Demodex mites live in hair follicles and usually don’t cause any problems. If your Pug has a weakened or compromised immune system, however, it can develop demodectic mange. Demodectic mange can be localized or generalized. In the localized form, patches of red, scaly, skin with hair loss appears on the head, neck and forelegs. It’s thought of as a puppy disease, and often clears up on its own. Even so, you should take your dog to the vet because it can turn into the generalized form of demodectic mange. Generalized demodectic mange covers the entire body and affects older puppies and young adult dogs. The dog develops patchy skin, bald spots, and skin infections all over the body. The American Academy of Veterinary Dermatology recommends neutering or spaying all dogs that develop generalized demodectic mange because there is a genetic link. Breeds prone to this ailment: Afghan Hound, Anatolian Shepherd Dog, Boxer, Cane Corso, Chinese Shar-Pei, Pointer, Pug, Rat Terrier, Staffordshire Bull Terrier, Toy Fox Terrier. Entropion:Entropion is a genetic condition in which a portion of the eyelid is inverted or folded inward. This can cause an eyelash or hair to irritate and scratch the surface of the eye, leading to corneal ulceration or perforation. It can also cause dark-colored scar tissue to build up over the wound (pigmentary keratitis). These factors may cause a decrease or loss of vision. Entropion is fairly common in dogs and is seen in a wide variety of breeds, including short-nosed breeds, giant breeds, and sporting breeds. Entropion is almost always diagnosed around the time a puppy reaches its first birthday. Breeds prone to this ailment Anatolian Shepherd Dog, Bloodhound, Bouvier des Flandres, Bulldog, Bullmastiff, Cane Corso, Chinese Shar-Pei, Chow Chow, Clumber Spaniel, Curly-Coated Retriever, English Springer Spaniel, German Shorthaired Pointer, German Wirehaired Pointer, Great Pyrenees, Greater Swiss Mountain Dog, Irish Water Spaniel, Kerry Blue Terrier, Komondor, Miniature Schnauzer, Peekapoo, Pekingese, Pointer, Saint Bernard, Weimaraner, Welsh Springer Spaniel.

Glaucoma is a condition in which pressure is placed on the eye, causing inadequate fluid drainage in the eye. If the condition becomes chronic or persists without treatment, it will eventually cause permanent damage to the optic nerve, resulting in blindness. Glaucoma is common in certain dog breeds that are genetically predisposed, such as samoyeds, cocker spaniels, poodles, chow chows, and Siberians. Unfortunately, 40 percent of dogs affected by glaucoma will become blind in the affected eye within the first year, regardless of medical or surgical treatment. Hemangiosarcoma: This is a very dangerous form of cancer that originates in the lining of blood vessels and spleen. It most commonly occurs in middle-age and elderly dogs. Hemi-vertebrae: Short-nosed breeds, such as Pugs, Bulldogs and French Bulldogs, can have misshaped vertebrae. Sometimes, only a few of the vertebrae are affected and the dog is able to live a normal life. Others will stagger and display an uncoordinated, weak gait between 4 and 6 months of age. Some dogs get progressively worse and may even become paralyzed. The cause of the condition is unknown. Surgery can help. Legg-Perthes Disease: This is another disease involving the hip joint. Many toy breeds are prone to this condition. When your dog has Legg-perthes, the blood supply to the head of the femur (the large rear leg bone) is decreased, and the head of the femur that connects to the pelvis begins to disintegrate. Usually, the first signs of Legg-Perthes, limping and atrophy of the leg muscle, occur when puppies are 4 to 6 months old. The condition can be corrected with surgery to cut off the diseased femur so that it isn’t attached to the pelvis any longer. The scar tissue that results from the surgery creates a false joint and the puppy is usually pain free. Breeds prone to this ailment American Eskimo Dog, Cairn Terrier, Chinese Crested, English Toy Spaniel, Italian Greyhound, Jack Russell Terrier, Japanese Chin, Maltipoo, Miniature Pinscher, Schipperke, Schnoodle, Silky Terrier, Toy Fox Terrier, West Highland White Terrier, Yorkie Poo, Australian Terrier, Affenpinscher, Fox Terrier, Havanese, Miniature Poodle, Pomeranian, Poodle, Pug. Nerve Degeneration: Older dogs that drag their rear, stagger, have trouble jumping up or down, or become incontinent may be suffering from nerve degeneration. Dogs affected with this condition don’t appear to be in pain and the condition usually advances slowly. Researchers aren’t sure why it occurs. Since their front legs often remain strong, some owners buy carts to help their dogs get around, and the veterinarian might be able to prescribe medication to help alleviate symptoms.

Obesity: Up to 40% of all dogs are obese. The health consequences of these extra pounds are just as serious, too: overweight dogs put greater stress on their joints, hearts, lungs, liver, and kidneys. They’re more prone to injury, and are at a higher risk during surgery.

Optic Nerve Hypoplasia: This condition is a congenital failure if development of the optic nerve. It causes blindness and abnormal pupil response in the affected eye.

Osteochondrosis Dissecans (OCD): This orthopedic condition, caused by improper growth of cartilage in the joints, usually occurs in the elbows, but it has been seen in the shoulders as well. It causes a painful stiffening of the joint, to the point that the dog is unable to bend his elbow. It can be detected in dogs as early as four to nine months of age. Overfeeding of “growth formula” puppy foods or high-protein foods may contribute to its development. Breeds prone to this ailment: Australian Shepherd, Border Collie, Borzoi, Chinese Shar-Pei, Giant Schnauzer, Golden Retriever, Greater Swiss Mountain Dog, Irish Setter, Irish Wolfhound, Labrador Retriever, Tibetan Mastiff,Bernese Mountain Dog, English Setter, Great Dane, Kuvasz, Labrador Retriever, Newfoundland, Old English Sheepdog, Rottweiler, Saint Bernard. Pug Dog Encephalitis: PDE is a fatal inflammatory brain disease that is unique to Pugs. Medical researchers don’t know why Pugs develop this condition; there is no way test for it or to treat it. A diagnosis of PDE can only be made by testing the brain tissue of the dog after it dies. PDE usually affects young dogs, causing them to seizure, circle, become blind, then fall into a coma and die. This can happen in a few days or weeks. Since PDE seems to have a genetic component, the Pug Dog Club of America, along with the American Kennel Club Canine Health Foundation, is sponsoring research projects to try to learn more about this devastating disease.

Stenotic Nares, also known as pinched nostrils, is a congenital disorder (meaning the dog is born with it). It affects dogs with short muzzles and makes it difficult for them to breathe. Signs include noisy breathing and exercise intolerance. Dogs that aren’t getting enough oxygen may have blue gums. Mild cases can be managed by preventing obesity, limiting exercise during hot or humid weather, and using a harness instead of a neck collar. More severe cases may require surgical repair.

Sebaceous Adenitis (SA): This genetic condition is difficult to diagnose and often is mistaken for hypothyroidism, allergies, or other conditions. When a dog has SA, the sebaceous glands in the skin become inflamed for unknown reasons, and are eventually destroyed. These glands typically produce sebum, a fatty secretion that aids in preventing drying of the skin. It’s usually first noticed when the dog is from 1 to 5 years old. Affected dogs typically have dry, scaly skin with hair loss on top of the head, neck, and back. Severely affected dogs can have thickened skin and an unpleasant odor, along with secondary skin infections. Although the problem is primarily cosmetic, it can be uncomfortable for the dog. Your vet will perform a biopsy of the skin if SA is suspected.SA is a serious problem in Poodles, especially Standards. It’s estimated that 50 percent of all Standard Poodles are carriers, or affected. Treatment options vary.

Vaccination Sensitivity: Usually, symptoms include hives, facial swelling, soreness and lethargy. A dog that is sensitive to vaccines can develop complications or die, though this is rare. Watch your dog carefully for a few hours after being vaccinated and call the vet if you notice anything unusual.

Yeast Infection: If your dog smells bad, is itchy and has blackened, thickened skin, he may have a yeast infection. It commonly affects the armpits, feet, groin, neck, and inside the ears. Your vet can prescribe medications to clear this up.

Wait! Before you leave...

This article is based on extensive animal health research and has been reviewed and fact-checked by experts in the pet health space. Our team of pet health experts and writers strives to be objective, unbiased, and honest.

This article contains references to other pet health publications and research and can be found at the bottom of the page.